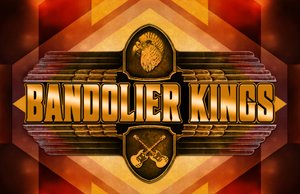 The first time I really got into Budgie was in 1975 when I first heard “I Can’t See My Feelings” on Swedish radio and quickly recorded it on my cassette player. Shortly after, the bass player in my first band TNT introduced me to a new song he wanted us to play. It turned out to be “Napoleon Bona Part 1 & 2”. We played it and we did record it on my first demo ever. Listening to it today I can’t decide if it’s “cringeworthy” or “laughably charming”. Another friend played me the first Budgie album and I was totally hooked by the song “Guts”, which, aside from Black Sabbath, was among the heaviest riffs I’d ever heard back then. After this, I bought every album they made! When Joe Romagnola at Grooveyard Records asked me if I would be into doing an entire tribute to Budgie album, I was all in! It’s been so much fun recording this album, and I’m deeply honored that two of the Budgie members, Tony Bourge and Steve Williams guest and put in some great work on the “Welcome To The Zoom Club” album. I can’t see my feelings, but I can sure feel them.