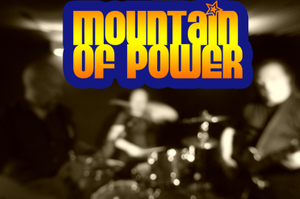 After the release of Locomotive Breath’s “Heavy Machinery”, Janne got in touch with Joe Romagnola of Grooveyard Records in the US. Joe was, like Janne, a fan of guitar oriented, riff based heavy rock. The cover of Target’s “Can’t Fake It”, caught the attention of Joe, and he asked Janne if he would be into recording a cover album of 70s heavy rock. Janne first declined, not being a huge fan of cover albums. After some discussions back and forth, they came up with a concept. Mountain of Power is basically Janne’s tribute to his unsung heroes of the 70s. Bands and/or songs that have rarely or never been covered, by bands that should definitely be remembered. The idea was also that Janne handled the rhythm and lead guitar, but also invited other guitarists, plus of course singers, bass players and drummers to collaborate.